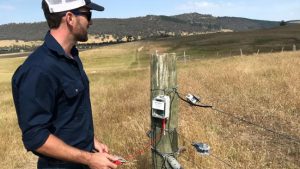 Agtech start-up Titan Class is looking to eliminate the connectivity problems faced by farms across Australia, leveraging Cisco’s prowess in networks to help farmers use the digital technology at their disposal.

Titan’s xDP platform is a combined hardware and software ­solution that’s hosted on the farm and gives farmers a comprehensive picture of all of the data coming from sensors spread across their properties.

According to Cisco ANZ chief technology officer Kevin Bloch, xDP offers farmers a remedy for the poor internet connectivity to which many are accustomed.

“The reality when you go speak to farmers is that they don’t have the connectivity, they want to use new technology but they just can’t connect,” he said.

Titan Class works on a wireless technology called long-range wide area network (LoRaWAN). Unlike Bluetooth and Wi-Fi, which work over short distances, LoRaWAN allows low-powered devices to communicate with ­applications over a range of between 10km and 15km.

“The technology uses unlicensed 900MHz spectrum, it’s uncontested, and given the distances LoRaWAN can cover, it’s ideal for farms,” Mr Bloch said. “You can be your own Telstra on the farm, you don’t need them.”

While LoRaWAN networks aren’t suitable for data-intensive applications such as streaming video, they are ideal for things like water usage, soil moisture, movement of livestock and electric fence voltage. It’s an illustration of how the Internet of Things trend is built on the back of ­numerous sensors that don’t need a lot of power or bandwidth.

Titan was created off the back of Cisco’s Innovation Central. Its co-founder, Christopher Hunt, said farmers were quick to deploy any scrap of connectivity they could get but reliability was often a problem.

“There are satellite services available. They are great for a handful of sensors but not economically suitable for a large number,” he said.

With Titan offering farmers a way to corral all of their sensor data in one place, Mr Hunt said the solution could play a critical role in decision-making. “When you give farmers ­access to the data more easily, they look at it more often; instead of three or four times a week, they check in three or four times a day, and what that means is they can jump on a problem really quickly.”

Did You Know Your Recruitment Process is a Window to Your Culture?

Maximising Social Media as a Tool in Career Development

Ignore Internal Candidates At Your Peril

Lost your job? Thinking of a career change? Here’s how to make the transition.