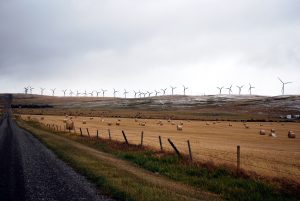 With regional centres bearing the brunt of some of Australia’s largest population declines in recent years, how can agribusinesses outside the big smoke attract top talent?

Nearly two thirds of Australia’s population resides in one of our greater capital cities, according to the Australian Bureau of Statistics*. While the country’s population as a whole is growing, numbers in many regional areas are declining. It means attracting and retaining staff — particularly in remote areas — can be a substantial challenge.

“There are many businesses located in small towns in the central west (of NSW) or the outer west of the state, where there are not many facilities and it may be necessary to drive a long way to town or school,” says Agricultural Appointment’s Sales and Marketing Director, Brett Price.“There are a lot of perceived negatives associated with going to those regional centres,” he says.

“As recruiters, it is a real challenge — if someone wants a skilled farm manager in an isolated regional area, they must compete with businesses in bigger regional cities.”

Price says agribusinesses need to find innovative ways to overcome these challenges, as the Melbourne-based duck meat business, Luv-a-Duck, did in 2010.

The company, which controls about 40% of the duck meat market in Australia, sells approximately 80,000 ducks per week. It considered closing of one of its regional processing plants in Victoria five years ago, due to staff shortages. The plant, in the town of Nhill (about half way between Melbourne and Adelaide) was a major local employer. With a population of just 2,200, closing the operation would have been a blow to the community.

But, by thinking outside the box, Luv-a-Duck manager, John Millington, attracted workers and kept the business running. Millington contacted the Adult Migrant English Service and asked them if they knew of any refugees who’d be  willing to  relocate for work. As a result, a group of Karen refugees from Myanmar, who had been living in the outer Melbourne suburb of Werribee, visited the Luv-a-duck plant and four were hired.

Within two years Nhill had 100 Karen residents living in town.“Initially, we took on four workers at Luv-a-Duck and we made sure they were good representatives of their community. Then they asked: ‘Can we bring another friend?’ It went on from there,” says Millington. This achievement didn’t slip past the government. Luv-a-Duck was awarded the 2013 Migration and Settlement Award, which acknowledged its work in training and employing Karen refugees. Through engagement with the Nhill community, Adult Migrant English Service and local service providers, they ensured the new workers were connected with their neighbours and settled in to a welcoming environment.

“They are part of our community’s history now. It’s about us accepting other people. They are not a burden, they are a blessing,” says Millington.

Did You Know Your Recruitment Process is a Window to Your Culture?

Maximising Social Media as a Tool in Career Development

Ignore Internal Candidates At Your Peril

Lost your job? Thinking of a career change? Here’s how to make the transition.