Is Your Business Too Small to Attract Top Talent? 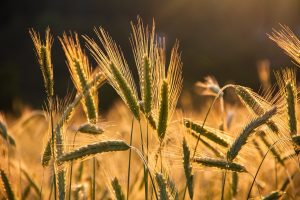 Large firms are often perceived to have a distinct advantage in attracting and retaining talent but small to medium sized firms should not underestimate the appeal that they offer to many candidates and should leverage off these strengths when hiring.

Big firms frequently spend significant investment in dedicated HR Departments and Talent Acquisition Specialists to attract and retain top talent. Often their brand in itself is an attraction to prospective candidates. In addition, large companies appeal to job seekers because of the greater promise of career progression.

Small to medium sized businesses too, have critical strengths, which are sometimes less obvious but can be highly effective in attracting talent, if recognised and conveyed to prospective candidates.

Jobs in small to medium sized enterprises are quite often less specialised than in large companies, demanding involvement across a higher range of tasks. This greater breadth of experience can be valuable when considering career progression.

Large companies, on the other hand,  may have more career prospects due to the size of the workforce but this may lead to a more competitive and ‘political’ work environment. This is a turnoff for many people who prefer a more personable, informal or family style work environment.

For those who have a bias for action, a large company has a tendency to have more rules, regulations and administrative procedures than SME’s and can lack the agility required to rapidly exploit market opportunities when they arise. The rigid hierarchy of a large company, with often drawn-out approval and bureaucratic procedures, makes for a frustrating and restrictive work environment compared to smaller and more agile companies.

When leaving a company, employees almost invariably increase their remuneration but that doesn’t necessarily mean money motivated their departure. Many studies have shown that non-financial issues such as engagement, close relationships with peers and opportunities to learn and advance are important elements in an employer’s value proposition. These attributes are too often overlooked in smaller companies when hiring. SME’s often also have an inherent work-life balance advantage, something that smart SME hiring managers have emphasised for years.

Developing a Recruitment Strategy for SME’s

Despite lacking the talent acquisition resources of larger companies, SME’s have the ability to be strategic in their hiring. Few managers would question that for key roles. It is paramount to always hire the absolute best candidate possible but instead of conducting a thorough and rigorous search process, many SME’s tend to practice tokenism when it comes to the hiring process. An advertisement on a jobs board will attract those candidates who are active in the jobs market, however hiring efforts that are confined to this approach are estimated to be bypassing 70% of potential candidates, the so-called passive candidates who are happily employed and are not looking for a new opportunity unless approached.

SME’s rarely have the market knowledge to identify and approach passive candidates, but can readily access this sector of the market via a specialist recruiter who operates within that particular market. Despite having considerable HR and talent acquisition resources, larger organisations commonly employ this same tactic to hire key middle and senior management positions because they are aware of the value that such a strategy brings.

Compared to larger organisations, SME’s are often more aware of their weaknesses than their strengths in the competition for talent. By taking a strategic approach, appropriately resourcing the recruitment process and leveraging off their strengths, SME’s can also reap the rewards of hiring superior talent.

Strategies to avoid the cost and inconvenience of being understaffed

Top Ten Tips to Retain Your Great Employees. Why Retention?