Tired of hearing about Skill Shortages in Ag? Time to bridge the Gap in Agricultural Education 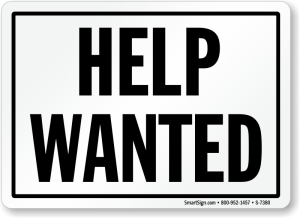 In a recent article we highlighted that in many sectors of agriculture, demand for agricultural workers with relevant practical experience currently exceeds supply. One of the reasons given for the shortfall was that as the number of families engaged in agriculture have declined over time, so too has the supply of farm workers. In addition, there is the inevitable drift to the city and the attraction of higher remuneration to be had in the mining industry.

But have the agricultural educational institutions kept pace with the demand for upskilling an agricultural workforce?

In NSW, Victoria and Queensland, degree courses in agriculture are offered by University of New England, University of Sydney, Charles Sturt, Monash, University of Melbourne, Marcus Oldham and the University of Queensland. Such courses tend to be science and theory based, and are more tailored towards educating technical specialists or upskilling leaders and managers in agribusiness.

Traditionally there has also been a number of institutions offering agricultural training (less science based and more practical) designed to teach trade level skills for the industry. These courses typically involved hands-on involvement with animal husbandry, cropping and the like, and resulted in students achieving Certificates II, III, IV or a Diploma in Agriculture. Over the last 20 years there has been a decline in the number of these institutions offering practical, trade level skills, via on-farm education.

In Queensland, agricultural colleges in Burdekin, Dalby, Longreach and Emerald have been closed. In NSW, the oldest agricultural education institution, Hawkesbury Agricultural College suspended the intake of agricultural students after 2012. In 2015 the Orange Agricultural College campus closed and courses were instead offered out of Charles Sturt University in Wagga, an offering which is more theory and science based. Tocal College in NSW and Longerenong Agricultural College in VIC now remain as the only major providers of practical on-farm training in the eastern states. As a result, there is now a serious gap in the provision of trade based skilled agricultural personnel at a time when there is increasing demand.

Whilst we receive numerous applications from Australians and new immigrants who are interested in pursuing careers in practical agriculture, many of them are insufficiently skilled in practical aspects of agriculture to be considered for the jobs that are available. Unfortunately, once the resources previously utilised for agricultural education are redeployed by the Government for other purposes, it is highly unlikely that the decision can be reversed. Unless we find ways to upskill our local workforce, an unfortunate outcome (post Covid) will be to increase sponsorship/employment of migrants with appropriate practical farming experience from South Africa, South East Asia and other countries as is already occurring in the pig and poultry industries.

Strategies to avoid the cost and inconvenience of being understaffed