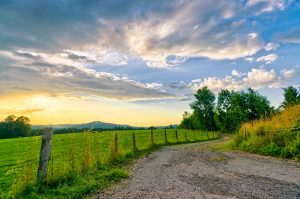 Australia faces critical skills shortages in the agribusiness sector according to a raft of government enquiries, a growing chorus of academic reports and just about anyone who has ever tried to find highly-skilled candidates for agribusiness job vacancies.

It’s not overstating the case to suggest that these critical shortages threaten the ability of the agricultural industry to continue to grow and respond to rising global demand for food and agricultural services.

So where are the key shortages and what are the consequences of not addressing them?

Agribusiness: skills shortages across many industries

Many agribusiness sectors are facing severe skills shortages, according to a 2012 Senate enquiry into higher education and skills training to support agriculture and agribusiness[1].

It heard from the industry body, Grain Producers Australia (GPA), which estimated there are 10 jobs for every graduate in their industry[2].

Elders – one of Australia’s oldest agribusinesses– told the enquiry that in 2010, only 40% of advertised positions for agricultural scientists were filled, and there were 1.1 applications per job. This was down from 65% of vacancies filled and 1.4 applicants per job in 2009[3].

Some jobs advertised in isolated areas had no applicants at all, the enquiry heard.

Other submissions argued that the true extent of the skills shortage has been masked by the recent prolonged drought and is now only becoming fully apparent, as agricultural enterprises move back to full production[4].

One factor of the skills shortage is that agricultural tertiary qualifications have fallen far behind industry demand.

A comprehensive analysis of the professional supply and demand situation in the Australian agricultural sector by Emeritus Professor of Research in Agriculture at Charles Sturt University, Jim Pratley[5], also revealed a large gap between vacancies and candidates.

His report concluded that there are now only around 300 agricultural graduates produced each year, and about 700 when related courses are considered. But the agricultural job market requires more than 4,000 per year.

“The university’s are nowhere near satisfying the current market,” Pratley wrote.

“It is clear that there has been much complacency towards the improvement of skills and knowledge of its (agribusiness) workforce at a time when the rest of the community has embraced the opportunities and moved well ahead,” his report said.

“It is not surprising therefore that the image of the industry is not seen as progressive and younger generations have not seen the opportunities for careers in agriculture that are seen in other industries,” he said.

As a result of this shortage, many companies are now employing diploma-level graduates for jobs that were previously filled by university graduates. This has implications for the productivity of the industry and the sustainability of agricultural research and education[6].

The Senate committee concluded that the significant skills shortage in both agricultural production and agribusiness in Australia would not be resolved through market forces. The committee said the ageing workforce would exacerbate it in the medium term and the competition for labour from the mining sector for the foreseeable future[7].

To find out more about the trends in the agribusiness sector in Australia, including remuneration, download this free eBook, “The 2015 Agribusiness Salary and Trend Report”.

Are You Seeking to Hire a Unicorn? Let’s be realistic.

Tired of hearing about Skill Shortages in Ag? Time to bridge the Gap in Agricultural Education

Where have all the Agriculture Workers in Australia Gone?

Some tips to consider before accepting a job offer.